This year’s Breeders Trophy has one dressage and one jumping week and SWB’s successful Elit Auction will be held online during both weeks. Breeders Trophy – Dressage will come to Flyinge during September 23 – 27 and together with future stars in dressage  Cathrine Dafour’s test ride, the SWB Elite Auction Online for dressage foals  will be one of the week’s major highlights, ending Saturday September 26. September 29 – Oktober 4, it’s the Breeders Trophy in jumping . After a day of nerve-piercing jumping finals, the SWB Elite Auction is held for jumping foals ends Saturday evening on October 3.

When we summarize last year’s Elite Foal Auction we can see that folals were sold for a total of 619 500 Euro during the two evenings. Tthe average price finally landed at 12 738 Euro. Faithful YL (Franklin – Sandro Hit) became the most expensive dressage foal of and was sold after a intense bidding for 34 000 Euro. The best paid jumping foal was Good Luck Chuck (Chacco Blue – Cassini II), who was sold for 30 000 Euro.

The SWB Elite Foal Auction was in 2019, as in previous years, well-attended and in addition to the 250 VIP guests in the Big Arena att Flyinge, the stands were well-stocked and the interest to follow the auction via web TV big. A number of equestrian profiles and well-known riders were seen both bid and buy and foals were sold to buyers in Sweden and also in Switzerland and Ireland. The experienced belgian Frederik de Backer was excellent and exemplary fast as auctioneer and Karl-Henrik Heimdahl on his side delivered everything you needed to know about the foals and a little bit more.

The SWB Elite Auctions Online will be hosted by Horse24, a well known auction site for horses of all ages around Europe.

SWB Elite Foal Auction - Dressage, all information about the foals and how to register for bid 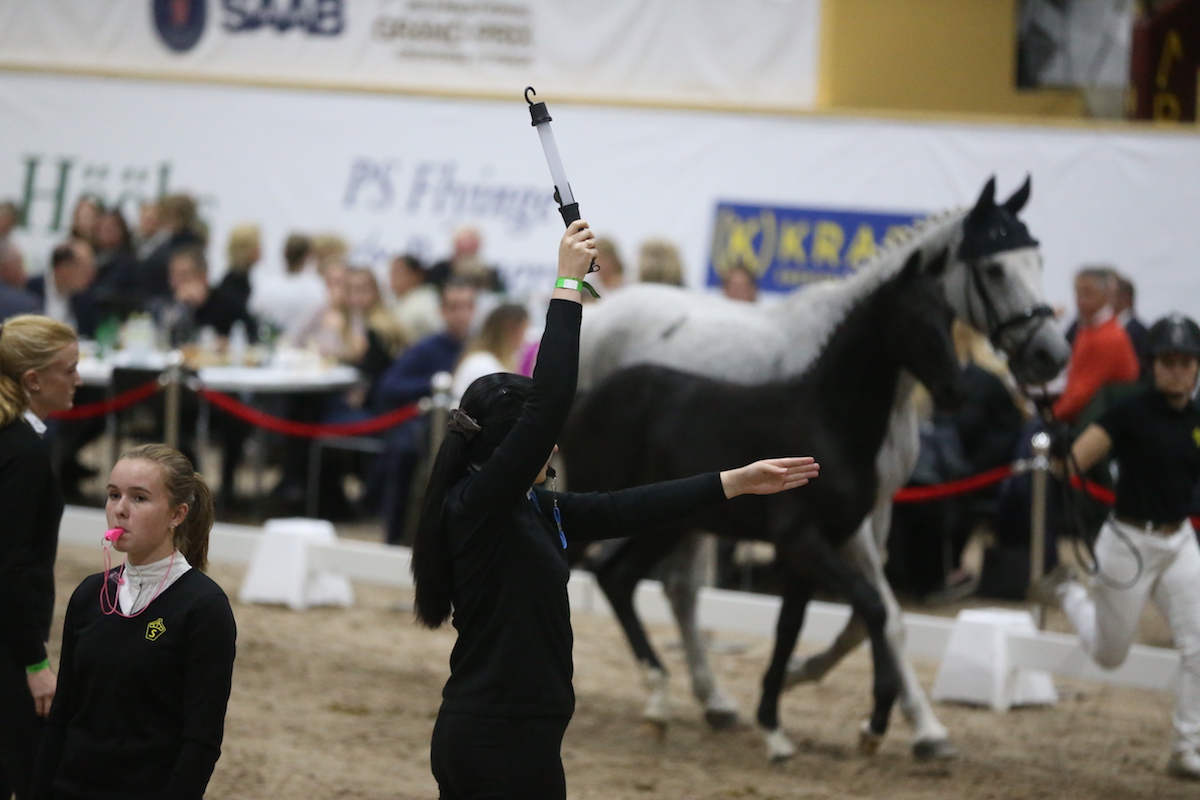 SWB in association with