After a year like this it is comforting to know that some things stay the same – such as looking in the rear-view mirror and checking on former elite foals. Even though shows were shut down in 2020 during what usually are the most intensive months, there are still results to mention. The jumping horses had their young horse – classes during the Swedish Championship week in Falsterbo last summer. Even though the qualifiers and the level of difficulty had to be adjusted the competition was just as fierce as usual! And when one of the dressage horses jumped into victory last year, the showjumping horses of course wanted to show they were up for the challenge – more about this further down.

Fortunately, the SWB Young Horse tests have been taking place basically all over Sweden even though the season had to be extended. Out of the 2017 collection the mare High Kick Off received the highest marks with 9-9 in jumping and a total of 83,3% as a jumping talent, thereby qualified for both the championships as well as the National 3- year old Mare Championship. Frenton OT received a premium as a jumping talent and a Class I in gaits.

Two elite foals from the 2016 auction made the cut to the popular 4-year old class in Falsterbo. Giovanna de Paume received 33,3 points and placed fifth among the 45 starting horses in the final. Alvin B was not far from a placing scoring 30,0 points. Horses that have made their debut with nice results and mostly clear rounds in 0.90-100- classes are An Elite VS, Artist, Confidence, Epsilon, Fairpix RW and Mayfair. Hopefully, we will get to see several of these promising 4-year olds in Breeders Trophy during SEW. Cornet’s Confident is competing in the Netherlands and has a third placing in a four-year olds class with 80 starting horses. He scored 8,8 for jumping and 8,0 for rideability.

Among the five-year olds in Falsterbo Carlsberg HE won the final having the fastest time out of the two horses with a clear round throughout the show. Suárez VH and HS Cool Case Z jumped, and both were extremely close to making the final with 0 faults in round 1 and 0+4 faults in round 2. All Souls Avenue YT and Darco Baloa P both have clear rounds in 115 and have started in 120-classes with only four faults and Karl VT has clear rounds in 100-classes.

The exported Silver Kazam  received premium stallion in Oldenburg and participated in an international young horse tour in Kronenberg in February with clear rounds in 110 and also clear in round one at 115.

Among the six-year olds we find two elite foals with nice results in Germany. James Bond OC placed in the five-year old final last fall during the Mediterranean Equestrian Tour in Oliva under Katharina Offel (Germany), former Olympic rider. This year he has placings at 1.30-level in Germany both in “Springpferedeprüfung” where horses are scored and in classes against the clock. Arrogant HS has placings in” Springpferdeprüfung” up to M-level, scoring 8,3 points and a 2nd placing.  In Sweden Blue Centen F has clear rounds at 130-classes and is entered in Breeders Trophy. Dagny VT has clear rounds in 120 and AC Cinemon and Prinz Dart has clear rounds at lower heights.

Among the seven-year olds, several are placed with international top riders. Carneol L that was in the Breeders Trophy final as a five-year-old is now owned by Jos Lansink. He has clear rounds in an international 7-year old class at 135 in the Sunshine Tour. ConNery that placed 2nd in the same five-year-old final jumped in several classes at the Sunshine Tour and placed in a three-star 130 class against the clock. Corlencia BC had a successful six-year old season with several clear rounds in international 1.30-classes. She jumped in the World Young Horse Championships last fall in Lanaken with 0+4 faults in the first round.  This year she has competed in the USA under Jonathan and Christine McCrea (IRL) and won a seven-year-old class at 130. Vile N jumped at international one-and two-star level in Drammen, has clear rounds at 125 and jumped 0+4 faults in 130. At national level C More Otto ELiTH has been successful winning the seven-year-old final at 140-level in Henriksdals Youngster Tour in 2020. 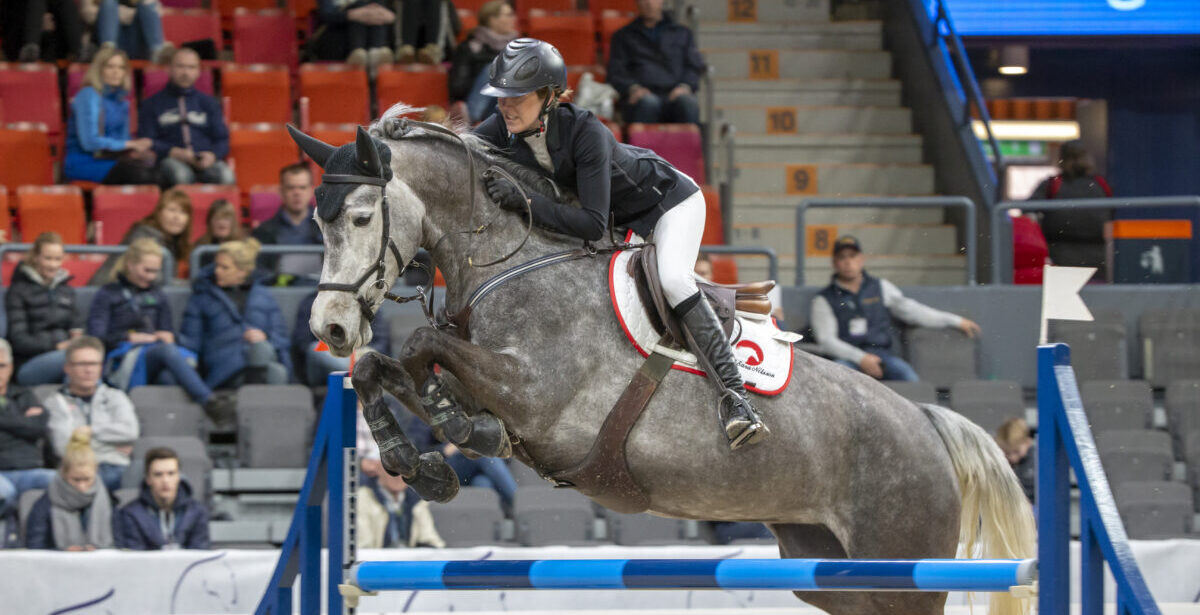 In the 2012 crop here are several mares that had foals as four-year olds and are competing with the horses one year younger.  Diamond Dreams ELiTH was in the Breeders Trophy final for 6-year old horses last year placing 11th. She also placed in an international 130 in Germany and made her debut at 140 with clear rounds in the first round and four faults in the jump-off. Zip Zap PWR is also competing with the year younger horses with placings at 130 and made her debut at 135. China con Kannan F that has been in the young horse final every year as a young horse is continuing her success at 130- and 140-level. She has more than twenty placings in M-level and more than 300 ranking points. Vigo Vivaldi has placings at international level under four different riders and started at an Amateur meet in Luhmühlen with clear rounds and placings in two 125-classes. Hjalmar that earlier jumped with clear rounds at 135 is now under a young rider and the duo has clear rounds at 120. Crolewska de Vil started the show career a little later and made the debut last year, however progressed quickly and has placings in 120. X-Cover is a popular school horse at the Swedish Equestrian Academy at Strömsholm.

The oldest auction foals were born 2011. Evanescence has placings in 140-classes, in the ATG Riders League, among others. She is closing in on 30 placings at M-level and has more than 320 ranking points. Viktory with placings in international 145 is now in the USA and has placings in 130. Mohawk LSH has a new rider, has placings in 130 and started in 140 with excellent results. Sweetheart L had clear rounds at several 130-classes last year and is now under a junior rider. The duo has several clear rounds at 110 and only four faults in their first start at 120.